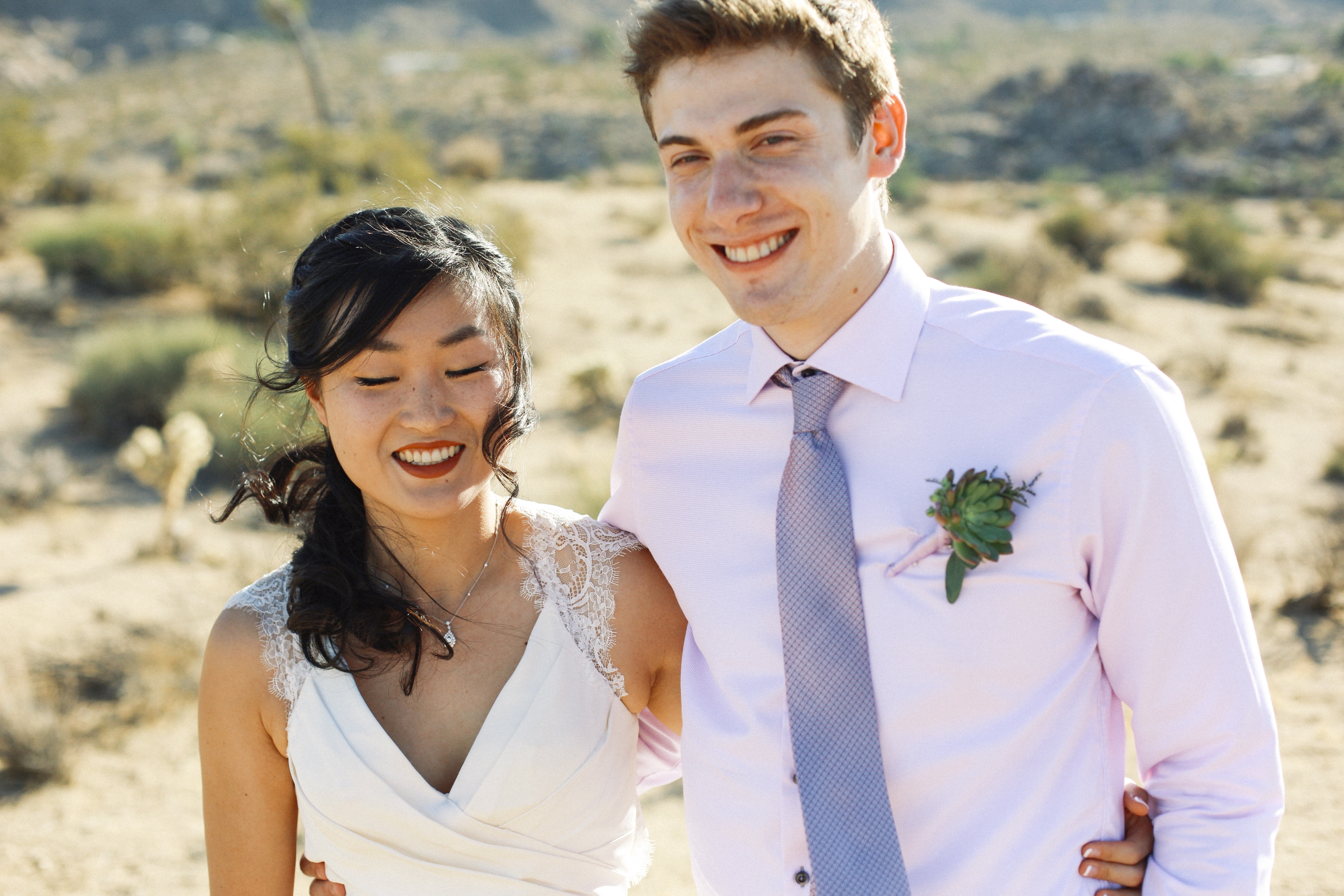 I am a PhD student at the University of Texas at Austin researching at the Quantum Information Center under Dr. Scott Aaronson.

I completed my undergraduate studies at the California Institute of Technology in June 2016. I have a Bachelor of Science in physics (major) and computer science (minor).

To the left is a picture of my wife Stella Wang and me at our wedding. 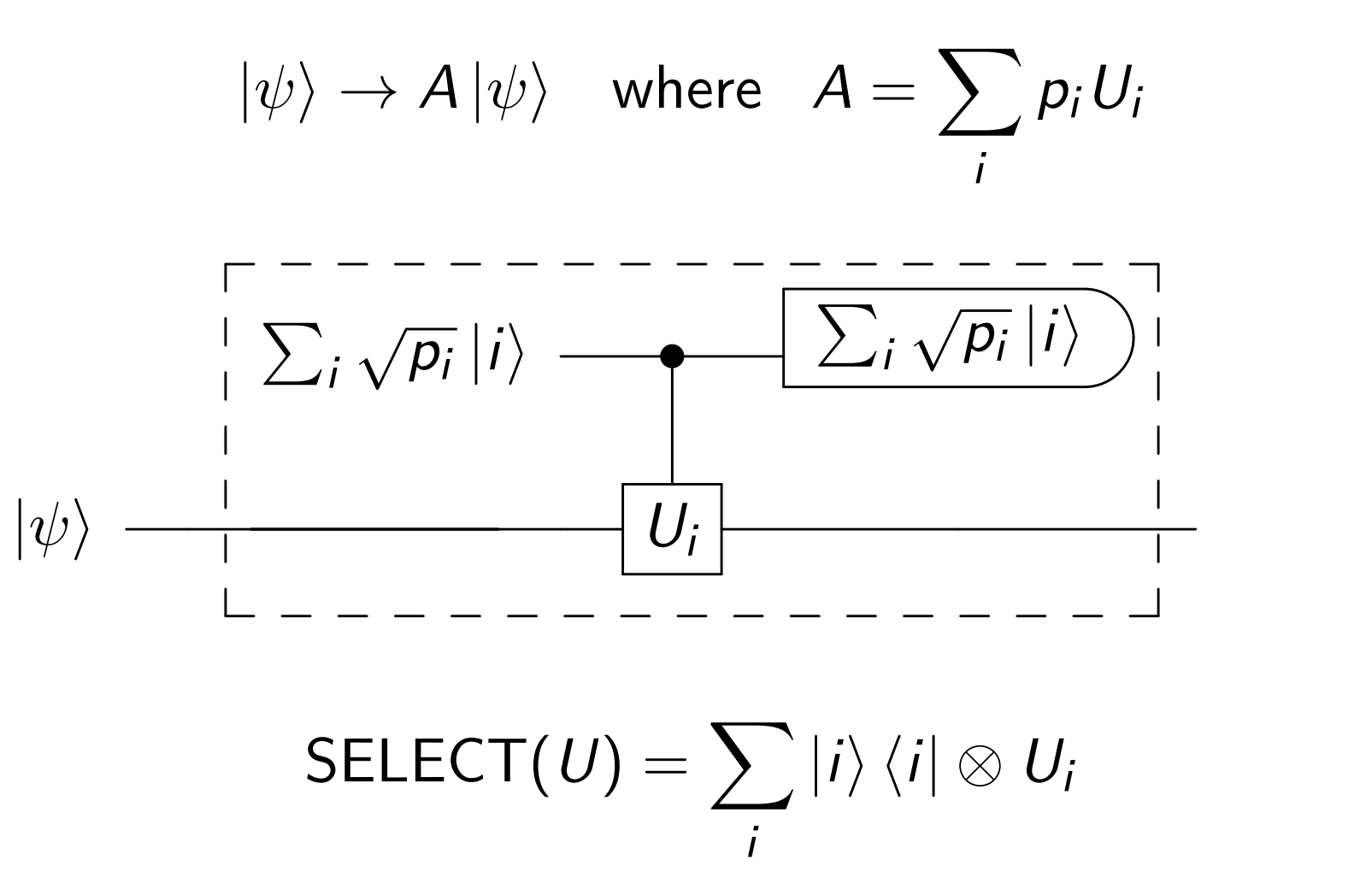 During 2020-2021 I found a method to make phase estimation faster. Most improvements of phase estimation assume you are given an eigenstate of the unitary, and require many measurements of the input state. I don't assume these things, making these algorithms completely coherent. The key idea is to use singular value transformation to perform amplification.

In Spring 2020, I discovered some improved quantum algorithms for common quantities in physics: n-time correlation functions, the density of states and linear response functions. These algorithms use block-encodings, a modern technique for manipulating matrices on a quantum computer.

In Summer 2019, Scott Aaronson and I developed a simplified version of the quantum approximate counting algorithm. Its generalization, amplitude estimation, is an important subroutine for many quantum algorithms. Our strategy avoids using the quantum Fourier transform, which is expensive on near-term devices and tricky to analyze.

The figure on the left shows our strategy for choosing the number of operations of the Grover operator. The goal is to build a measurement that decides if the Grover angle is close to the minimum or the maximum. 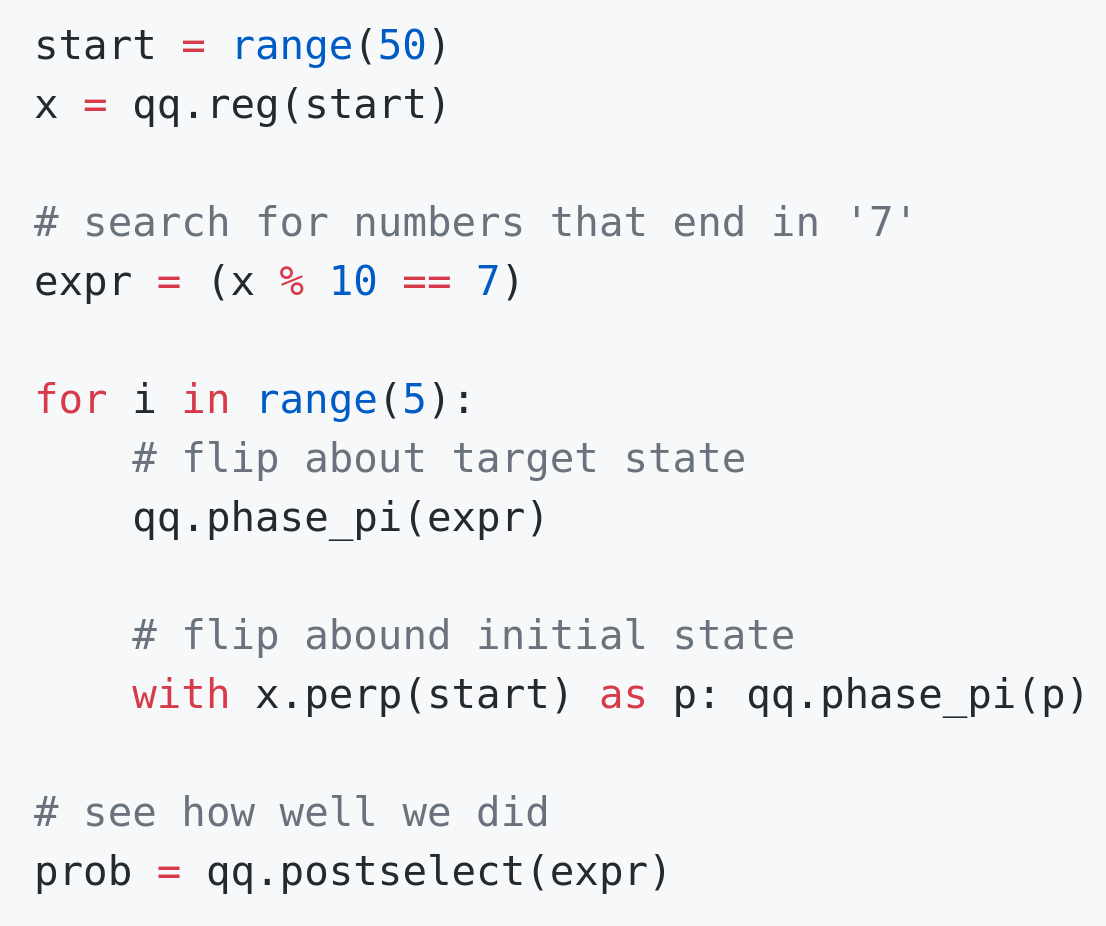 In Fall 2018 I wrote Qumquat, the Quantum Machine Learning and Quantum Algorithms Toolkit. This Python framework helps me with some of my calculations, and is a vision for what a quantum programming language might look like when large fault tolerant quantum computers are available.

On the left is some code that implements Grover's algorithm.

In Spring 2018 I developed an algorithm for simulating noisy near-Clifford quantum circuits. In 2019 we made a detailed analysis of when exactly this algorithm is fast compared to previous work.

I presented this algorithm at APS March Meeting 2018 and at the Discrete Phase Space Methods workshop in Bad Honnef, and gave a poster presentation at SQuInT 2019.

On the left are some cross sections of the two-qubit Bloch sphere. Stabilizer states are in light gray, and our algorithm can simulate anything in light and dark gray.

In early 2016 David Gosset and Sergei Bravyi developed a fast simulator for quantum circuits that extends the Gottesmann-Knill theorem to support T-gates:

Iskren Vankov and I maintain an implementation of this algorithm written in Python and C.

Clifford gates are not universal, but this can be remedied via many copies of 'magic' non-stabilizer input states. This leads to a rich resource theory of non-Cliffordness.

In February 2017 I showed that any distillation procedure can be reduced to the signed quantum weight enumerators of a quantum stabilizer code:

In August 2017 I demonstrated that distillation exhibits fractal properties. Essentially, magic state distillation is about crafting fractals that suit our needs.

I won an honorable mention in the Visualising Science Compotition 2017 held annually by the College of Natural Sciences at UT Austin. The image on the left is generated from the Five Qubit code. 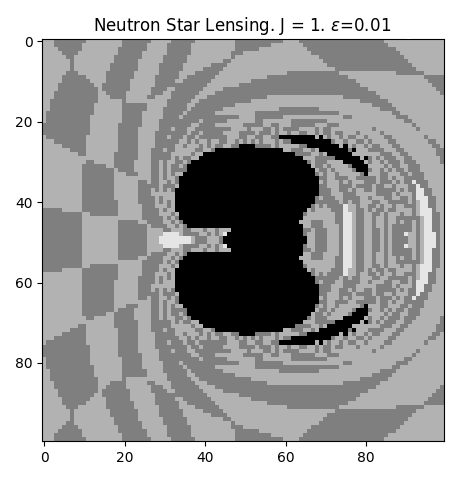 In Spring 2018 I took a course on General Relativity by Dr. Richard Matzner at UT Austin. For our term project Devanshu Panchal and I wrote a raytracing application for visualising various black hole and neutron star metrics. Gravitational Raytracing Term Paper Raytracing Code on GitHub

On the left is what a rotating neutron star looks like according to our simulations. 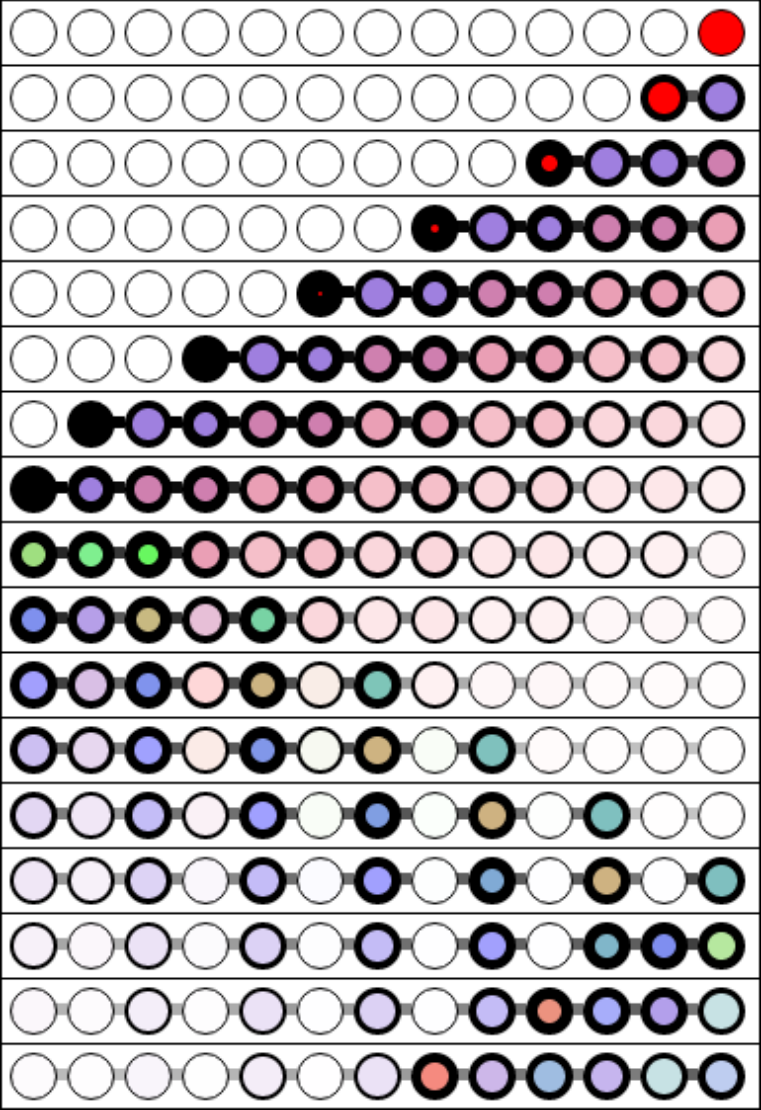 At IQIM under Prof. John Preskill, I wrote a matrix product state simulator in Javascript and used it to simulate quantum cellular automata. On the left is a visualization of the evolution of one of the cellular automata.

In 2014 I worked in Prof. David Hsieh's laser lab, and assisted Hao Chu with his ultrafast pulsed laser pump-probe experiment.

At the German Aerospace Center, Laksh Bhasin and I analyzed sub-pixel detection algorithms for a robotics sensor.

I determined the orbit of an asteroid using telescope observations at the Summer Science Program 2011:

My first research project was to analyze ATLAS detector data under Dr. Richard Nisius at the Max Plank Institute for Physics in Munich.